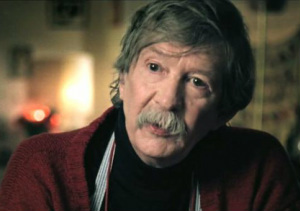 
Jim Haynes has always liked having his hands in things.  He’s often a presence at the Village Voice bookstore, a tall young man of 52, huggable as a bear, though slimmer and better manicured.  He occasionally minds the desk during readings or helps owner Odile Hellier tally the books.  That’s not his job, it’s one of his pleasures.

His own home on Rue de la Tombe Issoire in the 14th arrondissement is communications central for every sort of cultural currency.  When Dick Gregory went to Teheran to try out his own solution to the hostage debacle in 1980, Haynes was the relay contact with the United States.  A couple of days in the life of Jim Haynes.  He might equally be organizing a campaign for the release of an American woman from a French prison, or sending food and medicine to Poland.

What does he do?  Perhaps you should take that up with him personally, but for 17 years he’s been a visiting lecturer in Media Studies (read Sexual Politics) at the University of Paris, Vincennes-St. Denis.  Originally from Louisiana, he came to Paris for good in 1969, after more than a decade of adventures in Britain.  Mostly he was in Edinburgh, where he opened the first British paperback bookshop in 1959 and cofounded the Traverse Theatre.  Later, in London, he helped found the Covent Garden Arts Lab, and in Amsterdam, the Wet Dream Festival and a couple of erotic magazines.  There he also cofounded the media brainhouse Videoheads, with his longtime colleague Jack Henry Moore, the video whiz who himself has since settled in Paris.

Haynes also publishes Handshake Editions, a small inexpensive offset venture with 30 titles, including a couple of volumes of jazz musician and writer Mike Zwerin’s snappy pieces on music, poems by Ted Joans and Judith Malina (she of Living Theater fame), a tribute to Henry Miller, and even his own writings.  He also puts out an audio magazine, The Cassette Gazette, with Moore’s help.  Haynes is a confessed mail junkie—he sends out a regular personal newsletter—and his archives could rebuild the United Nations from the ground up.  His address book runs to 16 volumes (and nearly 13,000 names), and most of those people have passed through his door.  He loves to travel, and as an avid festival hopper counts the Cannes Film Festival, the Frankfurt Book Fair, the Warsaw Jazz Jamboree, and the Edinburgh Theater Festival as regular beats.  People business, bringing them together, spreading good cheer.

It’s all in his autobiography, Thanks for Coming! (Faber), if you want to know more.