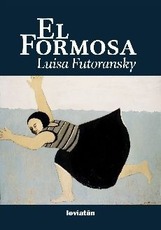 
Laid out as a chorus of voices, the book chronicles the arrival and settling in Argentina of characters drawn from the author's immigrant family.  Here are its opening pages.

Pichi:
I don’t know why, who knows they don’t either, but the whole gang of us they gave pet nicknames that to this day we haven’t been able to shake off. They must have thought it was affectionate. Chola, Quique, Bochi, Chiqui, Dito, Cacho, Pichi, Michi. With variants, like for example, Pichita and Pichona. Cachito, Mincho, Bicho and Biche.

The mothers in turn were identified by their grandmothers or by the flaws the families suffered. But when the dimensions of the capitals of Eldorado reached beyond main street and the surroundings of the shtetl, they recognized each other by the distant neighborhood they came from, tenaciously preserving however a few threads from the old Jewish districts, indelible before the bloody or bloodless advances of assimilation.
So, Sonia was never Sonia but Sonie from Urquiza, Dora was Dobresh from Nazca; Clara, Jaique the cripple from Parque Chas. Rujl was never called Raquel, but Rujl from the Center to distinguish her, since she was richer, from the Rujl from the outskirts, from Ramos Mejía. Ite was always Ite and bobe. No matter how much I revise, shake, or rake the tree in every direction, I find neither a Reina nor a Fortuna, as occurs in Sephardic families. With a mere princess or Joy, I, we, might have been content; that must be the reason it was for us how it was or continues to be.
We kept separating from one another like tuna or swordfish steaks not too fresh in the fish market. Not so much smell of fish, but you can see that the meat has lost its initial firmness and oozes softish pink blood over the marble counter top that they’ll have to wash down with the brush made of the same material as those brooms, the best ones, the kind with five strands that used to be bought in a sort of store-shed rather in shadows, where you’d find piled up bags of potatoes, onions and coal. The bags of thick sackcloth were identical and they came in sizes of ten or twenty-five kilos, but by touch you could guess the contents; sharp edges for the coal, roundnesses for potatoes and onions. To sit there on your bottom procured other sensations.  To rub the coal from on top of the cloth gave a shiver like that we’d later discover precisely by writing, with the side of the chalk on the blackboard. Much later dentists would put together that collection of complicated, atavistic, radical sensations and gather them under the awkward common denominator of neuralgia. I throw into that crater so the echo will return it to me a hundredfold the rough memory of the coalman’s loaded back, smudged from head to foot. Also his pavement, covered with iridescent black dust, where pressing with determination I left my footprints that still wait like prisoners to be liberated, but for such an arduous task you need to find first the mary janes.

On one side we came from five children--a number that must have been a commonplace among immigrants if not it wouldn’t have passed so naturally into the tango there were five children and she was a saint--and the ship Formosa. The other branch I know little about, though every so often someone appears who calls me or whom I call from some phonebook in the world or we write to each other somewhat cautiously by e-mail and I pretend or they pretend wittily or wisely that we’re related because according to him or her they came to the United States or to Brazil from Odessa and we’re named almost, almost the same. Or from Kichinev. From Podolia. From Moldavia, Bessarabia, Transylvania, from around there. Questioned eagerly, Mama says:
“Whew, child. It happened so long ago, who wants to remember that.”
Vast and vague that which irritates and destabilizes her so that we start bickering endlessly, ancient quarrels, never to be done with yet which clearly don’t begin with genealogy but rather with phrases that get tangled, draw blood and change tone and orbit in mid-stream. Sourness, tears, slamming doors, over and over. Apology and promises to never start again with the arguments, as well.
Papa, on the other hand, prefers the accusing finger:
“Masquerades, you and your masquerades. Pichi, stop upsetting me, will you.” Papa’s like that, you can show him the phonebook with a page of people who have the same name as you, who live in the same city, neighborhood, and street that we do and he’s capable of insisting: we’re the only ones, nobody has our name. Maybe deep down he’s right, he arrived by a certain rocky path that he alone knows, beyond any search, and some time I’ll discover, I would like that, that I too am the only one.
For now, end of the lineage on the genealogical tree. The branches above, the trunks as well, separated and each off on their own. Now and then, however, frayed edges appear, remains of charred metal, hanging quarters of sheep filing by on mythological meathooks. The whole thing arrayed on nickel counters. Impeccable. Above, signs in bakelite speckled by fly droppings: today no credit, tomorrow yes.

Among the men the university graduates were very few and those who lived by their own devices, many. The majority were small businessmen or modest shop assistants. Professionals and laborers were also scarce. Nonetheless, we boasted an bookkeeper, a police inspector, a habitual racketeer and also an occasional one; suicides and crazies, plenty. A generation after we managed to include a pair of lawyers, doctors and musicians, an electrical engineer, a public auctioneer, a few librarians, a pair of psychologists, certified public accountants and tax collectors. Housewives, almost none. Ah, before I forget, almost all of them ascended to the limbo of property owners: In general three-room apartments to which one must add two or three local stores, a shoe shop and a quality candy shop. The second cousins with a farm and the first cousins with a country house and swimming pool. Oh pool, the words slip away from me contagiously, tottering; the most intimate verbs altered the pulse of their times; and from Pichi I was changing without fail into Madame Lagor, Luzdivina, Mirtilla, Romana, and if I have the strength and desire still, the foolish, crazy, impassioned and restless women into whom I will transform.
Feeling of a thick sea, so much unfulfilled desire overwhelming . A game in which no one can move to the side, escape at a tangent, go around or remove the bisector. To hit the mark, or not, to throw a ball at the long-capped head of the dwarfs turning about in the fair at night in the amusement park. Three balls for ten pesos, dollars, shekels, drachmas, euros.
The carefree boy who nests inside each one at the hour of dreams stops on the shore of the Gentle Sea, dressed like in Mark Twain or a kid that plays hooky in a story by Saroyan and skillfully skips a pebble on the river forming a row of iridescent splashes. Splendid, the sun of the alchemists is reflected in each one.

Bobe Ite’s neighbor was doña Rosa who had many homonymous flowers with the color and texture of her name. Once Dito wanted to steal one from her even though my father had always warned him that that isn’t done and he pricked himself on the forearm from the barbed wire protecting the roses and I remember that no blood came out of him only a white bit of flesh. Many years later he would reproach me that that scar was due to the flower he wanted to give me. News to me.
For Dito being Jewish never was or is easy, and like for many, every name that didn’t end like his father’s in vich or sky already implied some relief. But he carried things a little further, at eighteen, when we finished high school, he had calling cards printed up with the most fashionable names, almost a caricature of what was considered aristocratic by antonomasia for people like us who stamped about unable to put down any root at all; thus, Dito came to be known by the name of an illustrious person and a prestigious avenue: Roberto Alejandro Lecube Castex. Names of other streets and other neighborhoods. Further to the north. The compass card always in contradiction and dispute, like the title by Jules Verne: North against South. I don’t remember if the cards were with the slanted letters embossed or flat. Also around that time he left us all gaping open-mouthed because he had his nose operated on so that it would be turned up like on the goyim and the rest of the family reproached him for it at suppertime during loud and inharmonious after-dinner talk.  “If he’s strange, the blame is all hers, yes, your sister, who since he was little made him put makeup on her. The apple doesn’t fall far from the tree--.”
“In your family it’s full of rotten apples. With the exception of your father, may he rest in peace, he was an excellent person and they made his life miserable.”
“Leave my dead in peace, will you? Stick to your own.”
Back then they drew out the word strange, the word gay didn’t exist, strange and invert, yes.