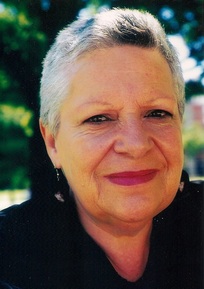 Luisa Futoransky (Buenos Aires, 1939) is the author of some fifteen books of poetry, including Partir, digo (1982), La sanguina (1987), La Parca, enfrente (1995), Seqüana barrosa (2007), and Ortigas (2011).  She has also published four novels, starting with Son cuentos chinos (1983), partly based on her years living in Tokyo and Beijing; most recently, El Formosa (2009) draws on the stories of her immigrant ancestors settling in Argentina.  And she has published two nonfiction books as well (Pelos, 1988; Lunas de miel, 1994).  In the 1970s, she lived in Rome, Israel, Tokyo, and Beijing, before settling in Paris in 1981 where she has lived ever since, working at the Centre Pompidou and then as a journalist at the Agence France Presse.  This interview took place at her home in Paris in June 1994.


When did you leave Argentina, and why?

Well, I don’t think anyone goes away from a place because everything’s all right.  Inevitably there are a number of reasons—an unfavorable situation, the desire for adventure, a feeling of suffocation by family or by a social milieu.  During my intellectual maturity, Argentina was going through a critical period of dictatorships.  There was a providential prize, the Fulbright, which I received at a fairly young age, when I was 30, to attend the Iowa Writers’ Workshop for a year.  After, there was a question of extending a grant in Italy, so then I spent time in Italy.  Later, in ‘75, things in Argentina got rather ugly, and it became difficult to return.

When did you go away for good?

So, when did you go back to visit Argentina?

And when did your family move to Israel?

When the dictatorship came in, at the end of ‘75.

To get a sense of where all you’ve been, can you give some details of your itinerary before coming to Paris?

It’s a rather singular itinerary because there was an attempt to change my profession.  And there was a point where I became aware of what I really wanted to do.  That is, my attempted change of profession was opera.  And then at a certain moment, it was opera or literature.  And I decided consciously, it’s one of the big decisions of my life, my entire life all I’ve wanted to do is literature, I’ll leave opera behind.  I was thinking of opera as a stage director.

I studied that in Argentina.  It was a passion.

So, after Iowa, you went to Italy.

For two years, with a grant from the university of Rome.  To do poetry.  But I began to devote myself more to opera in Italy.  Then, I had a couple of literary prizes, I made a stop in Madrid, and then through opera I went off to Japan, where I stayed for four years.  To teach opera, and to stage opera.  I was also a year in Israel before going to Japan, working with the opera of Tel Aviv.  It was already an opera career, you see, that was ten years of my life.  And each time, opera demanded more of me.  For example, I realized I had to know how to work the lights.  Either you start doing lights, or you write your poem.  I couldn’t go on divided in that way.  Later, I divided myself another way, poetry and novel, but that was closer.

A year and a half in China.  With the radio.  I always did radio.  Back in Argentina I did radio, news and all that.

By the time you left China, how did you decide where to go next?

It would have probably been easier going to Madrid, but I don’t know.  So, I made it really difficult for myself, where it wasn’t only a matter of fighting with people in my own language, try to make a space for myself in Spanish.  Rather, I made it more difficult still, being in Paris where I didn’t know the language, I didn’t know anyone.

Why did you think of Paris finally?

That’s a question I couldn’t answer for myself, because maybe the reasons are very obscure.

And did the myth of Paris count for something?

Somewhere it had to be there, but I’m not much for myths with regard to French literature.  I was always very interested in English-language literature, the fascination was just about equal.

So, how was it coming to Paris?  What did you do to learn the language?

But, do you remember how it was, arriving?

At the beginning, it was also literary, because I liked Henri Michaux a lot, who has a book called Un barbare en Asie.  I myself had done the whole path that Henri Michaux did before me, except living as a woman in those countries and working and all that—as he had been in Ecuador, I went to Asia.  So, somehow I told myself, I’m going to see if I can step away from poetry books, I’m going to see if I can write the two hundred pages that publishers always asked me for, and I set about here where I am sitting and wrote Son cuentos chinos.

When did you write the book, soon after coming here?

Immediately on arriving, I started to write the novel.

What were you doing for work at the start?

At the start, I had a bit of money that I’d brought from Japan, and with that money I wrote my first novel.  Later, I began to do what everyone does—classes, for two years I taught Spanish classes by telephone for executives.  I can’t even remember all the jobs and hardships I suffered through here.  Now, for the past five years, I’ve been at the Pompidou.

When you arrived here, were you already thinking about writing a novel?

Yes, I was thinking about answering Henri Michaux.

Was there a moment when you realized that you were going to stay in Paris?

I never thought I was going to stay anywhere.  Now if you tell me, Oh, Luisa, there’s a small position, not well paid, to teach poetry in Alaska, I’ll go.  I’m very interested, as if it had been my native land, Alaska, even though what I hate most is the cold.

So, there wasn’t a point when you began to feel at home?

Were there certain figures or older friends who counted for you in those first years in Paris?

Do you think that coming to Paris has affected your writing?

A lot.  Look, being in a different language, the problem of having two cultures presents many advantages, disadvantages, complexities for or against.  You work in a language that isn’t the language of your contemporaries.  The language has changed, and you’re making a sort of centrifugal and centripetal force with your own language which is not the language of others, but it is yours, but others understand it, it’s very complex.  At the same time, you portray in your language in misericorde the others’ culture.  I’m not the first.  It’s somewhat the frustrations, the joys that pass through your language in order to speak of the language of others, all rather complex.  That’s what happened to Gombrowicz with all he experienced over so many years.

Has your view of literature also changed?

Yes.  That is, in Argentina generally the literary material one received was translated.  Even so, you have been formed by that, it’s always better in the out of focus.  And my whole life has been to see things in the original language, as it were.  So, I’ve gone rather to the sources of every original language, and for that Paris has helped me a lot.  Because basically my literature was enriched by being somewhat compartmentalized from greater external stimuli.  Being closed off from external stimuli that I would have had in Argentina, I have seen myself forced to be doubly attentive to my own inner language.  And I’ve somewhat lost my blinders, that is very valuable.

Do you see yourself as an exile?

Yes.  Je n’ai pas le physique du rôle for the French.  The French are thin, well dressed, discreet, distant, with a more roundabout manner than I have.  Less intense perhaps.  Sure, I always have a craving for what they have—that distance, that elegance, which I don’t have, obviously.  But I have other things.  Maybe life is teaching me at some point to accept myself as I am, and to make of my defects, or of my capital, not a minus, but rather a plus.

Do you feel any nostalgia for some place or something from the past?

Every day I’m nostalgic, above all for my youth.  Nostalgia is the place where you were happy, or you think you were happy.  Every day I have some fantastic nostalgia.  For a person one day, another day it’s a city, another it’s a street, a bench, a color.  A less formal life sometimes, that’s a bit what I wanted instead of what we have in these countries here.

Has being here now for almost fifteen years changed you in some way?

I like the things I’ve learned.  I’ve learned an esthetic of the landscape that I did not have before.  In Buenos Aires I never had a culture where the landscape counted for much, being in the most urban of settings.  Here, I learned to appreciate the landscape—for instance, that it’s a part of me.  Maybe I have another idea of time.  Other readings.  Or rather, maybe all this wandering led me more to being and less to seeming.  That was my struggle.

Do you feel more American after so many years here?

Those are things that catch you up.  Every year something else in your identity catches you.  This year I was caught watching soccer, above all it was absolutely clear that I feel Latin American when I’m watching soccer.

Yes, but the French watch it too.

Not like the Latin Americans!  Not at all.  I will accept myself with all those distinctive components that make up my person.  For example, with my childhood readings, my search for adventure.  Those too are homelands.  I think there is a whole literature of people who never read The Three Musketeers or Salgari, which is different from that of those who read such books.  There are people who haven’t read Capital.  It’s not the reading that makes a personality, but that is a part.

The fact of living abroad, has it given you some advantage?

It allows me to be autistic.  What do I mean when I say that I’m autistic?  The person who is voluntarily autistic, who is not really autistic, can lower the shutter on his business when the pain is unbearable.  I made the word my own, in order to speak of that possibility of going into a relative retreat when the pressures around me are unbearable.  Whether it’s due to language, or translation, or not wanting to go where I have to go in order to do something else.  Those defense mechanisms allow me a retreat that has its advantages because it allows me to grow in my own way.