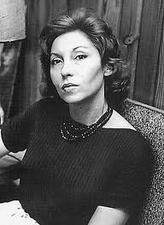 
For admirers of Clarice Lispector's fiction, this hefty collection of her chronicles from the Jornal do Brasil is like finding a pound of caviar.  One does best to savor the pieces in small doses, for they are rich with her usual intense clarity, full of insights and questions, yet their casual tone permits easy access.  A six-hundred-page miscellany arranged chronologically, Discovering the World includes aphorisms, philosophical reflections, autobiographical sketches, conversations with maids and taxi drivers, responses to her readers, travel pieces, interviews with musicians and writers, essays, and even stories.

Writing for the Saturday edition from August 1967 until December 1973, Lispector wanted to reach a public who might be scared off by the difficulty of her fiction but would have no trouble approaching her in the context of a newspaper.  Apparently she won many readers this way, even as she repeatedly wondered if her style was cut out for the chronicle.  Everything about the genre seemed to make her uncertain---choosing her subjects, achieving the right tone, the possibility of getting too personal, as well as the idea of earning money from writing---but she was soon exploring it with enormous freedom.

Much as her columns engage with the outside world, she often takes a personal stance confiding her fears and joys directly to the reader.  "Fear has always guided me to the things I love; and because I love, I become afraid" ("Creating Brasília").  Because she is not trying to make literature, but speaking off the cuff, she feels relaxed in these confidences, received by a public who will appreciate the distinction when she insists that she is not an intellectual:  she has not read enough to be a learned person, and more than intelligence it is "a knowing sensibility" that she possesses, exercising her intuition and instinct.  This, she has found, quite suits her, since "the only training for a writer is life itself, living within ourselves and all around us."  Moreover, the process of discovery is perpetual, not just for writing where every time becomes like the first time, but for anyone penetrating the secrets of the world.  As she concludes in the title piece, which speaks of her own adolescence when learning about love and the facts of life:  "For the greatest surprise of all was to find that, after discovering everything, the mystery remained intact."

One aspect of her personality that comes out here more frequently than in her fiction is the sort of metaphysical humor with which she takes in certain experiences.  Not only does this arise in her many encounters with taxi drivers, who often surprise her ("The things I have learned from taxi drivers could fill a book"), but it can also be found, for instance, in her response to bodily discomforts.  In "Rebellion" she tells how she screamed when the stitches were removed from between her fingers:  "I screamed with pain and anger because the pain was an insult to my physical integrity.  But I was no fool.  I took advantage of my pain and screamed at the past and present.  I even screamed at the future, dear God."  It may even extend to the intimacy of friendship and her own changes of mood, as she relates in "Freedom":  "My relationship with a friend has become so simple and free that I often telephone her and, when she picks up the receiver, I explain I am not in the mood for conversation.  So I say goodbye, replace the receiver and occupy myself with something else."

But the supreme human value, for her, is love.  "I was born to love others and to raise children," she says in "The Three Experiences."  "To 'love others' is something so momentous that it even includes forgiving myself with what love remains. . . . Loving others is the only form of individual salvation I know:  no one who gives love will be lost and they may even receive love in return."  She was also born to write, she adds, yet she is aware that writing "could betray and abandon me" and imagines a time when she may stop writing, having written enough.  Elsewhere in the book, asked by a young journalist what matters most to her, being a mother or a writer, she easily admits that "if I were to choose . . . I would give up writing.  I certainly think it more important to be a mother than a writer."

Nonetheless, the act of writing fascinates her.  "When I write, I never fail to surprise myself," she comments.  "As I write, I become conscious of things I knew all the time without being aware that I knew them."  In "The Making of a Novel" she takes this further:  "My great fear was that, out of impatience with my slowness in understanding myself, I might arrive at some meaning with undue haste. . . . As always, the greatest difficulty is waiting."  It becomes like a spiritual process for her, where the ultimate goal is to achieve silence.  "Writing is a curse," she states, "but a curse akin to salvation."

Perhaps the biggest subject, out of the many Lispector treats in her chronicles, concerns childhood and the unique perspective of children.  It was during this period that she began writing her four children's stories, all featuring animals, another recurrent subject in her work (she also continued to produce her other stories and two short novels, An Apprenticeship or the Book of Delights and Agua Viva).  One column even tells of a long letter she received from a ten-year old reader, absolving her from blame for the protagonist's oversight in A Mulher Que Matou os Peixes (The Woman Who Killed the Fish); the girl goes on to tell about all the pets she has ever had and their names.  Lispector writes especially about her own childhood, as in "Sea-Bathing," which relates the happy excitement of going to the beach before dawn, as was her father's custom in summer, and how each morning she would drink a little salt water there in order to be united with the sea.  Not only does she recount such experiences, as well as the forms of unhappiness that a child endures, but she also considers the very quality of a child's outlook.  In "The Perfect Artist," taking a remark by Bergson as her point of departure, she speculates:  "Suppose we were able to educate, or not educate, a child, with the clear objective of keeping its senses alert and pure."  If the child becomes an artist, will it be due to that education?  "Surely not, for art is not purity but purification; art is not liberty but liberation."  The child cannot simply be molded into an artist.  "Art, as I see it, is not innocence, but becoming innocent. . . . The child is innocent.  Picasso became innocent."

Several of these themes---childhood, innocence, learning to love and be loved---are blended magnificently in her story "A Mischievous Little Girl," serialized in her columns over five consecutive weeks.  Elsewhere known as "The Misfortunes of Sofia" or "Sofia's Disasters" (in Elizabeth Lowe's more evocative translation), it first appeared in The Foreign Legion (1964):  Lispector recycled most of the stories and many of the chronicles from that collection throughout her tenure with the Jornal do Brasil, usually modifying them in various ways (thus comprising nearly a third of the present volume).  Indeed, this story---about a nine-year girl who does everything she can to torment her teacher, only to end up admired by him, to her chagrin---proves even more impressive than it already was, to see how it maintains an organic wholeness despite being chopped up and interrupted.  As it happens, Lispector hardly tinkered with the story for the new format; she cut out a single two-page section from the original version, but given that passage's more internal nature it is not missed.  She did, however, sharpen the language of the narrative, which in turn provoked Giovanni Pontiero to render an improved and more precise translation than the one he published in the earlier book.

With rare exceptions, in fact, Pontiero has given us a crisp and fluid translation of the entire work, matching the twists and turns of her prose, the different registers of her style, with a corresponding tone in English; translating others of her books has made him well attuned to her special complexities.  Given the context of these chronicles, it is rather liberating to witness just how far she was willing to experiment in the material she offered the general public, some pieces being no less difficult than her fiction.  Lispector was a writer who took it as a constant challenge to struggle with the angel of language, particularly Portuguese which she found "neither easy nor flexible" and tending to lack subtlety, but which she loved nonetheless for its very resistance.  It was her achievement to express on nearly every page she wrote, in a manner unlike anyone else, the continual wonder of what it is to be alive.